The leadership at IIRA – comprising the Management Team and the Chief Patron and the Advisory Board - constitutes the organization’s intellectual capital, and is the prime mover in driving key initiatives. 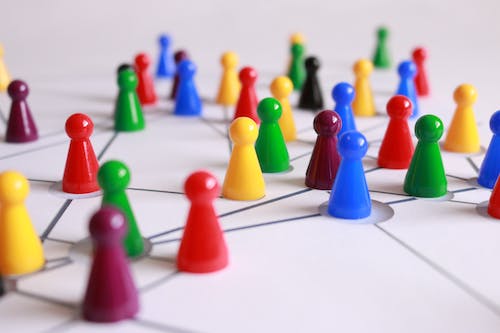 IIRA is an emerging Innovation and Research services provider – managed by a team of experienced business leaders with deep insights and expertise in the realm of R&D, Innovation and Technology – with the prime focus of ensuring that our customers experience success in their respective markets.

Varadarajan is the Co-founder and President of IiRA. He had worked in companies like ECIL India, MITEQ USA, SANMAR Group India, XYCOM USA in the first 12 years of his career. All these companies had very strong functional R&D departments and they were constantly innovating to succeed in their respective markets. These were the times when the word 'Innovation' hadn't gained such prominence and currency as it has done today. The next 9 years were spent in start-ups who had developed products and IP ranging from Embedded Software, BPM, Telecom and Smart Energy Metering. In all these ventures, he was part of the core management and was involved hands on right from the inception to commercialization on a global scale. These experiences connected him to VC and the PE world. Currently, he is a partner to an Israeli firm Prodan Networks, a boutique financial services firm assisting companies in investments and M&A. He is also a partner to a Danish firm TBK Consulting providing strategic go-to market services for IT product companies worldwide. He brings to IiRA these learnings and processes on certification, technology valuation, IP protection & patenting, licensing etc which adds tremendous value to IiRA's offerings. He holds a Bachelors degree in Electronics & Telecom Engg and a Post Graduate in Systems Management. He is a part of Advisory Boards of companies in the innovative space and is mentoring several tech start-ups in India. Varadarajan brings with him good Management skills and demonstrated leadership qualities with which he would like to make a deep impact to the Innovation industry in this part of the world.

Anandi Iyer is the Co-founder of Innovation Investment and Research Alliance ( IiRA) an organization that focuses on the technology and Innovation Ecospace. IiRA is Advisor to major partners such as the Fraunhofer Gesellschaft, the Federal Ministry of Education and Research Govt of Germany and the FrankkfurtRheinMain GmbH. Ms Iyer is the Representative of the German Research Campaign in India titled Germany and India - Strategic Partners for Innovation. She was for more than 5 years the Head of the Indian office of the International Technology Cooperation Network ( INTEC), a programme sponsored by the Ministry of Economics and Technology, Govt. of the Federal Republic of Germany and implemented by the AIF (Arbeitsgemeinschaft fuer industrielle Forschungsvereingung) in 13 countries. She has about 18 years of professional experience in middle and top management, spanning a wide spectrum of journalism, development cooperation, technology partnership and corporate relations, most of which has been in the Indo German corridor. Her previous work experience includes the Confederation of Indian Industry (CII), and the German Agency for Technology Cooperation (GTZ) where she was the Deputy Head for India. Ms Iyer is an MBA from Strathclyde Graduate Business School, UK specializing in Strategy and Business Communication, and has Masters in German Language. She is trained in intercultural moderation techniques and change management. She writes in the national and international media on subjects of business interest. Ms Iyer has won awards on leadership and excellence.

Dr. R.A. Mashelkar, CSIR Bhatnagar Fellow, is presently also the President of Global Research Alliance, a network of publicly funded R&D institutes from Asia-Pacific, Europe and USA with over 60,000 scientists.

Dr. Mashelkar served as the Director General of Council of Scientific and Industrial Research (CSIR), with thirty-eight laboratories and about 20,000 employees for over eleven years. He was also the President of Indian National Science Academy and President of Institution of Chemical Engineers (UK).

Twenty-seven universities have honoured him with honorary doctorates, which include Universities of London, Salford, Pretoria, Wisconsin and Delhi.

In August 1997, Business India named Dr. Mashelkar as being among the 50 path-breakers in the post- Independent India. In 1998, Dr. Mashelkar won the JRD Tata Corporate Leadership Award, the first scientist to win it.  In June, 1999, Business India did a cover story on Dr. Mashelkar as "CEO OF CSIR Inc.", a dream that he himself had articulated, when he took over as DG, CSIR in July 1995. On 16 November 2005, he received the Business Week (USA) award of ‘Stars of Asia’ at the hands of George Bush (Sr.), the former President of USA. He was the first Asian Scientist to receive it.

The President of India honoured Dr. Mashelkar with Padmashri (1991) and with Padmabhushan (2000), which are two of the highest civilian honours in recognition of his contribution to nation building.

When Dr. Mashelkar took over as the Director General of CSIR, he enunciated “CSIR 2001: Vision & Strategy”. This was a bold attempt to draw out a corporate like R&D and business plan for a publicly funded R&D institution. This initiative has transformed CSIR into a user focused, performance driven and accountable organization. This process of transformation has been recently heralded as one of the ten most significant achievements of Indian Science and Technology in the twentieth century.

Dr. Mashelkar has been propagating a culture of innovation and balanced intellectual property rights regime for over a decade. It was through his sustained and visionary campaign that growing awareness of Intellectual Property Rights (IPR) has dawned on Indian academics, researches and corporates. He spearheaded the successful challenge to the US patent on the use of turmeric for wound healing and also the patent on Basmati rice. These landmark cases have set up new paradigms in the protection of India's traditional knowledge base, besides leading to the setting up of India's first Traditional Knowledge Digital Library. In turn, at an international level, this has led to the initiation of the change of the International Patent Classification System to give traditional knowledge its rightful place. As Chairman of the Standing Committee on Information Technology of World Intellectual Property Organization (WIPO), as a member of the International Intellectual Property Rights Commission of UK Government and as Vice Chairman on Commission in Intellectual Property Rights, Innovation and Public Health (CIPIH) set up by World Health Organization (WHO), he brought new perspectives on the issue of IPR and the developing world concerns.

In the post-liberalized India, Dr. Mashelkar has played a critical role in shaping India's S&T policies. He was a member of the Scientific Advisory Council to the Prime Minister and also of the Scientific Advisory Committee to the Cabinet set up by successive governments. He has chaired twelve high powered committees set up to look into diverse issues of higher education, national auto fuel policy, overhauling the Indian drug regulatory system, dealing with the menace of spurious drugs, reforming Indian agriculture research system, etc. He has been a much sought after consultant for restructuring the publicly funded R&D institutions around the world; his contributions in South Africa, Indonesia and Croatia have been particularly notable.

The Management Team at IIRA is ably supported and assisted by a distinguished Advisory Board. The Advisory Board comprises of eminent personalities – leading luminaries drawn from diverse technology domains - individuals who bring the wealth of experience and excellence.

Professor consults extensively to some of the largest private & public sector corporations in India, in Computing, Communications, Software, Automotive, Oil and Power industries as well as social sector. He is a member of the Board of Directors of several private and public sector corporations; he is also a member of the Board of Studies of several Universities.

Professor Sadagopan is a featured Columnist for Times of India (the world’s largest English Newspaper) and several magazines.

He was a Fulbright Scholar and his name is listed in Marquis’s Who's Who in the World since 1997.

Experience: Worked in The Automotive Research Association of India, Pune from 1972-1981. Set up the ARAI facilities.

From 1994, was heading Product Engineering Dept. with a strength of approx. 250 Engineers. Was engaged in indigenous development of vehicles and engines as well as development of models from Kawasaki, technical collaborator of Bajaj for motorcycles.

Taken over as Director – ARAI on 30th September 2005.  As a CEO of the Organization, responsible for overall growth of the organization and enhancement of facilities for advancement of automotive technology.